Consequence of Sound prides itself on its independent coverage of the music and film industries. But it doesn’t have the mass reach and recognition that easily entices buyers to go direct.

On the open marketplace, it kills: Over 1,500 advertisers spend more than $100 per month on the open exchange with Consequence of Sound.

As programmatic VP, it’s Len Bilello’s job to find the biggest fish in this pool of buyers. He looks for high spenders and buyers with a high win rate. Those stats signal a strong fit between the publisher and the brand’s target audience – and a compelling case to convince them to increase their spend on the site even more.

Being a “detective” is key to getting these buyers to set up programmatic deals, Bilello said. Since open exchange advertisers don’t share their goals in an RFP, he tries to find out what they might like about his site and give them more of it in the form a private marketplace (PMP).

The longtime sales veteran got his start at pre-dot-com DoubleClick in 1997 and honed his skills working for a mix of ad tech companies and publishers like Gannett and Food Network. (He also maintains the ex-DoubleClick Facebook page and credits the network for a number of opportunities over the years.)

In recent months, parent company Consequence Media has been trying to make its site more attractive to both advertisers and readers. It implemented lazy loading, which sped up page load time, and cut off resellers that were refreshing nonviewable ads. Ad viewability went up 75%. Bilello is also experimenting with ad experiences that will be uniquely available to advertisers who buy through PMPs, yet another enticement to set up a deal.

Bilello talked to AdExchanger about how Consequence of Sound sells programmatic as a midsize publisher.

AdExchanger: What role does programmatic play in your business?

LEN BILELLO: Programmatic is a great way to start a relationship. As the relationship grows, advertisers will share more about their business and KPIs. And the goal of every programmatic deal is to move the relationship to a point where larger packages make sense to both parties. It’s hard to get people who haven’t advertised with you before to spend hundreds of thousands of dollars to sponsor an event, for example.

Do you see more dollars shifting from the open marketplace to PMPs?

The open market used to be scary, like the dark woods in “Stranger Things”. Now it’s more like well-lit woods with fewer trees and more viewability, so it’s easy to spot the bad people and easier to defend yourself against them.

eMarketer says that PMPs are going to eclipse openRTB next year, but that’s if you count the stuff that used to be regular IOs. It’s still a challenge for midsize sites with their own voice to sell private deals. You can’t just offer an always-on PMP and expect success. You have to get more granular and offer unique ad units, video or audience segments at scale.

Does a midsize site need a DMP?

I’ve worked at USA Today, where we absolutely needed one to identify demographics, and segments like people who invest. Here, our site is a DMP segment. We do lose some money because our name is not Consequence of Movies, and six months of the year we are very high with movies. But we don’t have enough of those deals to get a DMP to find people who have seen horror movies.

Some sites have 25 partners, others three partners. We’re in the middle, with eight or nine partners right now. Every quarter we evaluate the partners. Just like with the DMP, there are companies that make evaluating easier, like Staq and Domo. They could be paid for with a couple big deals in a year, but they’re thousands of dollars a month. That’s on my wish list.

What’s different about working with brands that have taken programmatic in house?

Once you get a deal with a client, they give you a bit more leeway if you miss KPIs, maybe a month or two, assuming the reason they bought the PMP in the first place was strong. Communication is even more key with the client.

Sometimes agencies might take the top 30% of sites across the board, and once the KPIs aren’t being met, call once or twice and then you’re out. That said, it can be quicker to do a deal with an agency. People want to be the one to find new inventory and new cool sites.

What effects have you seen from programmatic moving out of trading desks and across the agencies?

Programmatic was the nerdy kid seven cubes down. The nice thing about agencies today is that they’re not afraid of programmatic, and everyone accepts and acknowledges the role. The bad thing is that you used to know one person, the nerd. Now there are six people making a decision.

Cannabis ads are popular among music publications. How are you entering those waters?

We’ve been doing these ads for the past few months, partnering with a couple of SSPs and companies who buy direct for this industry. I’ve learned a few things. There are 11 recreationally legal and 33 medically legal states, so the [targeting] has to be very fine-tuned, and you need SSPs and DSPs with expertise. They come to us with data about age and geography, which helps execute and scale the buys and adhere to legal guidelines.

Over half of the ads aren’t for cannabis, but cannabis-related events and industries that touch cannabis, like packing, legal and fulfillment. And CBD oil, which is legal in almost every state. The CPMs tend to be higher, but you still need to perform. It’s a category we are actively looking to grow on the direct and programmatic side.

Consequence of Sound also sells programmatic for even smaller sites – like music sites Your EDM, The Quietus and The Hard Times, as well as TravelingMom. Why do they want to work with you?If you’re moving away, and you have a dog you can’t take with you, you want to give it to someone who likes dogs. We’ve had music sites approach us and say, “We see how you take care of the site,” with the lazy load, low ad load. We are not abusing our users with ads. Our relationship is different with each publisher. We do want to grow the sites we rep, but not rep 50 sites.

This interview has been condensed and edited. 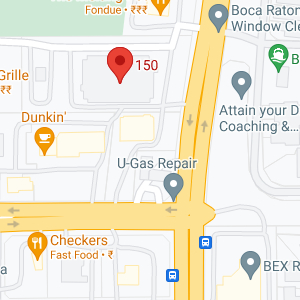